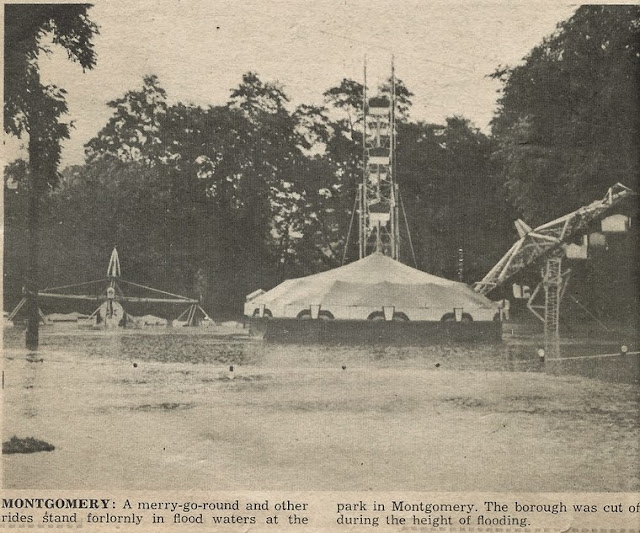 The first rescue was at the bottom of School House Road, and shortly after that  a large volume of water came down Black Hole Creek  and  destroyed much of Hulsizers Chevrolet.  The water came over their counters and broke the plate glass windows in the showroom.
One emergency service volunteer almost lost his life in an attempt to rescue an elderly person from a home across from Hulsizers.
Dennis Gruver recalls seeing a rowboat in the distance pulling about 20 cows across the water. "It was amazing - we never knew cows could swim."The municipal water system located on Black Hole Creek on North Main Street was destroyed. 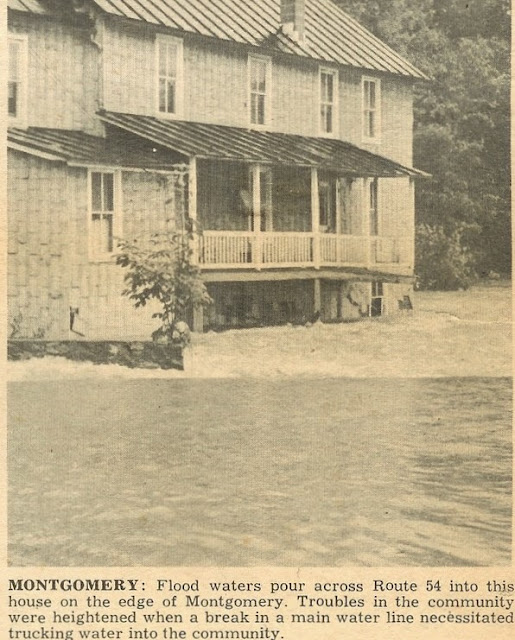 Volunteers from the Montgomery Volunteer Fire Department, Emergency Management and residents waded through water at Brook Street and West Houston to help others move their furniture to their second floor.
For several days, 250 people were  housed and fed at Montgomery High School. With the borough water and sewer system out of service, water from a well at the Dorsey Creveling residence at the top of West Houston Avenue was used to fill 18 gallon EMA cans which were delivered to the mass care center to flush and to cook. Water cans were also set on street corners, and on resident's porches.

Rising waters reached the control box for the crossing gates at the Pennsylvania Rail Road crossing. A warning bell rang for hours,, until the equipment flooded out.


Then, in the middle of the night, water also flooded the control system of the Montgomery Fire Dept. whistle, located behind the Post Office. The siren continued for several hours until the motor burned out. 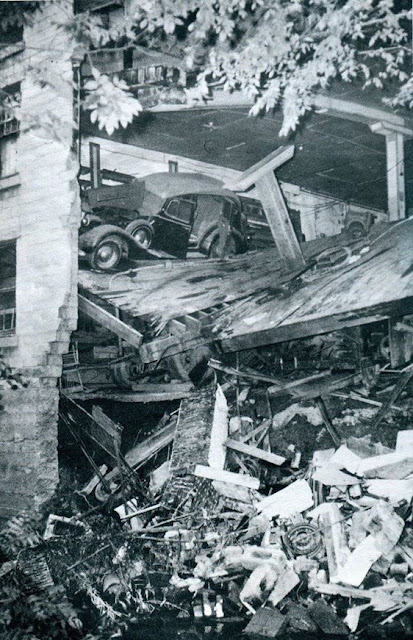 The garage of James Hall Collapsed


Albert "Baldy" Shick died while on duty as a fire policeman with the Montgomery Volunteer Fire Department. He was directing traffic at the intersection of Montgomery Street and Thomas Avenue as the water was rising.

The Montgomery Sinks was one of two lakes formed by the flooding, that got larger rather than smaller when the flood waters receded.

Two months after the flood, on August 18th, the road near Maple Hill was still flooded. 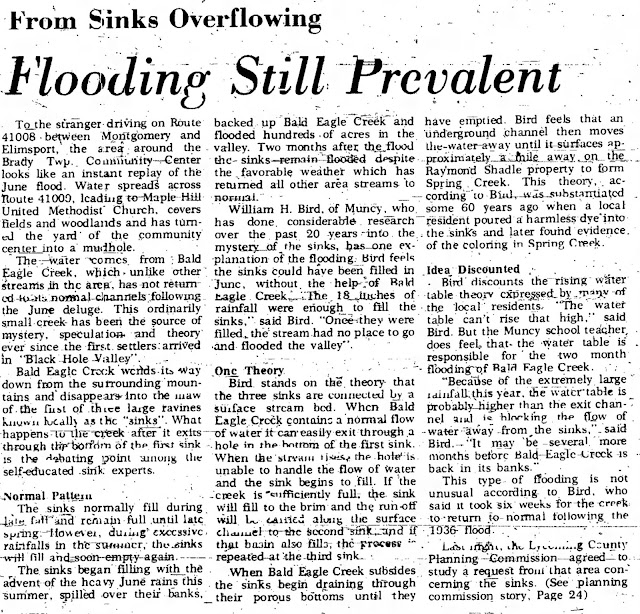 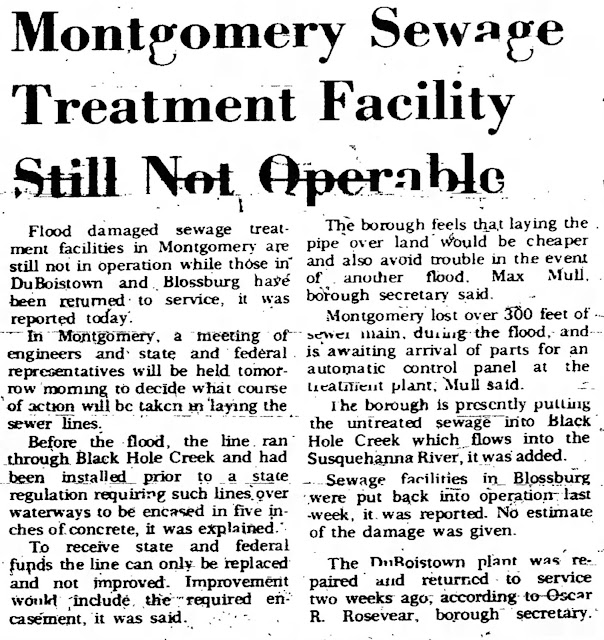 Posted by Heather Truckenmiller on June 25, 2020