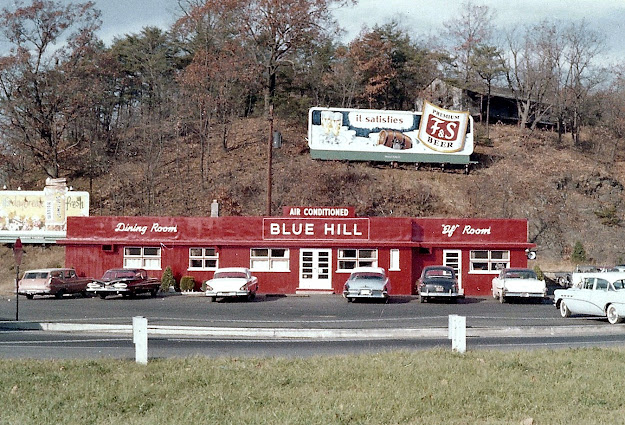 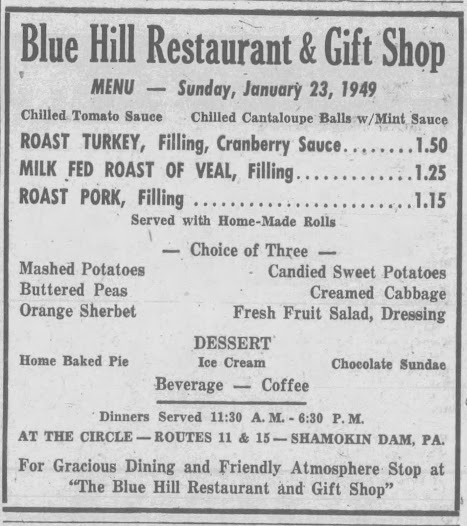 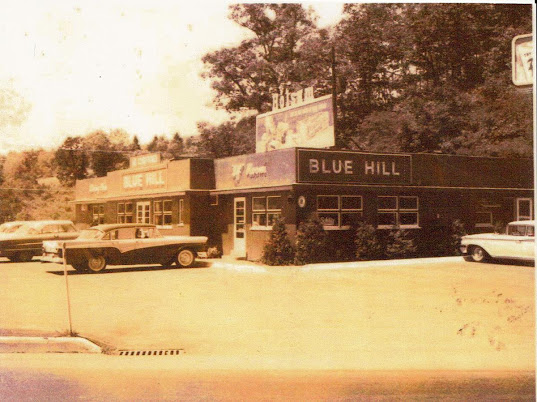 In 1947 the Blue Hill Restaurant and gas station was reopened by Mr & Mrs Watkins, both veterans of World War II. 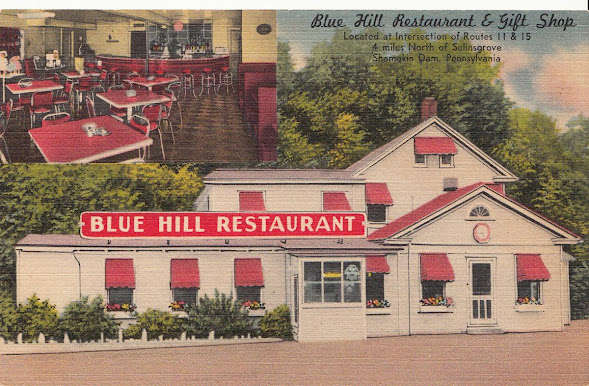 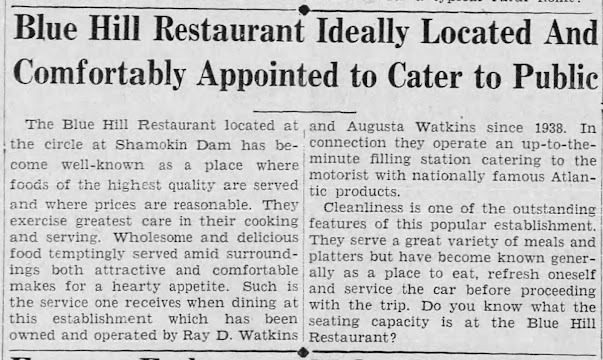 June 1950
Ted Skotedis and his family took over operations in 1962, and the restaurant was then known as Tedd's Landing. 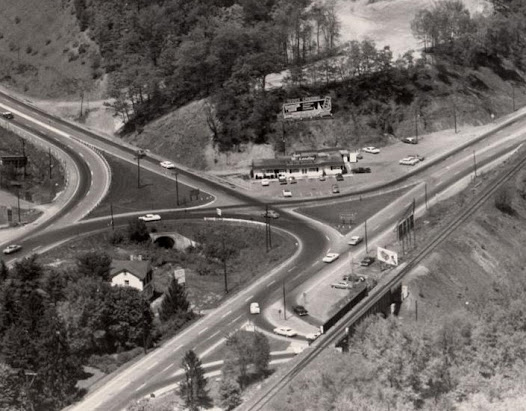 Tedd's Landing, and the traffic circle 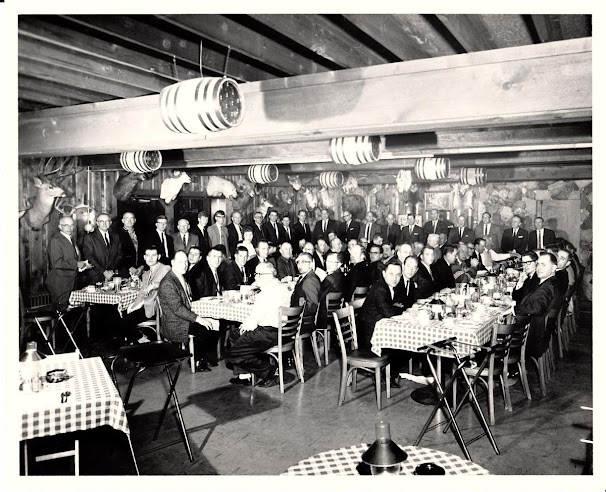 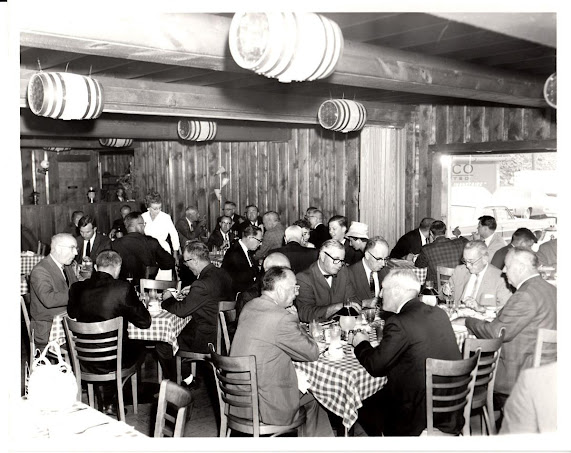 Tedd's Landing was slated to close on November 1 2014, but once the announcement was made, patrons poured into the restaurant, prompting the owners to remain open through the end of the year. 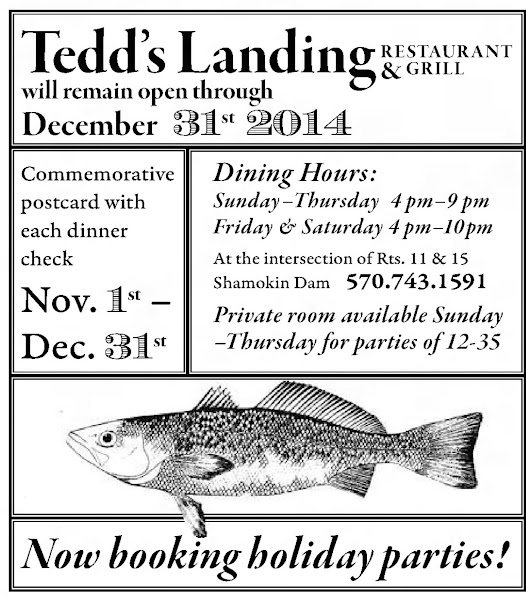 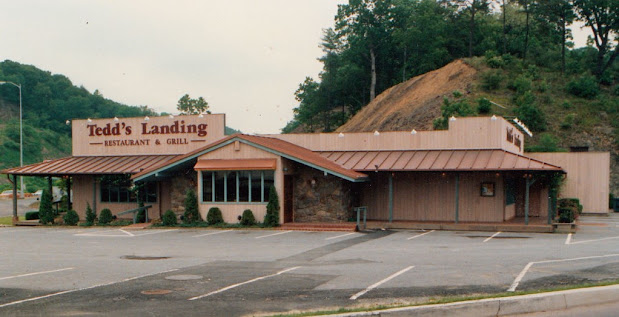 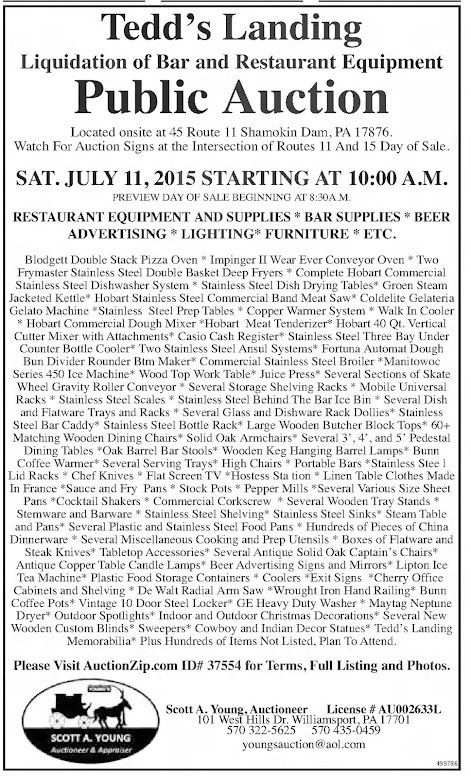 Posted by Heather Truckenmiller on October 29, 2021