The Montgomery Cabin You Can See In Eagles Mere 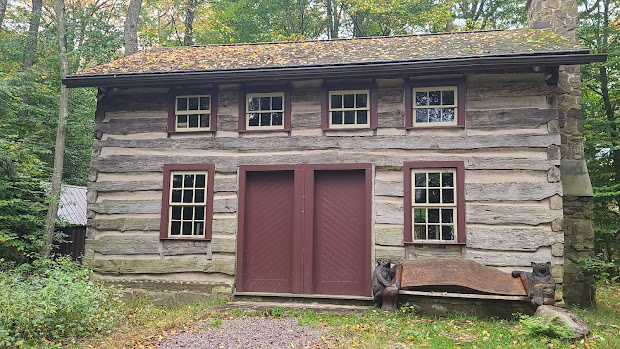 This cabin in Eagles Mere was built in the 1700s in Montgomery Pa.  The Eagles Mere Conservancy purchased it and moved it to Eagles Mere, where it now sits on a beautiful trail at Outlet Pond. 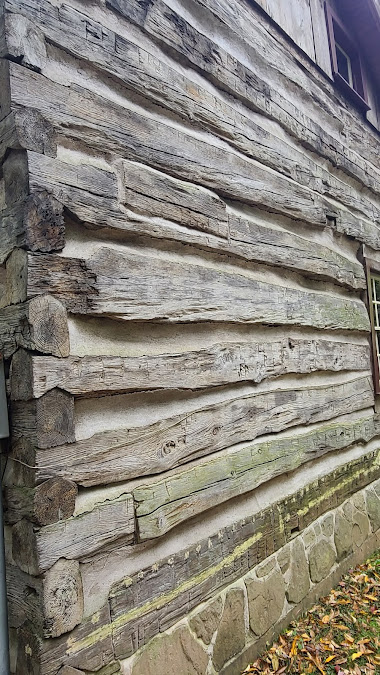 "Evidence of how the logs were hewn and joined suggest that the Cabin was most likely constructed as a trapper's lodge in the early to mid-1700's.  The earliest record of settlers shows that around 1837 John Adam Hain, his wife Elizabeth Lutz Hain and their 13 children moved from Wernersville Pa to become the first occupants of the log house. The Cabin remained in the Hain family for approximately 100 years.  In the mid-1990s it passed to the Willard Buck family and finally to the Jim Smithgall family before it was purchased and preserved by the Eagles Mere Conservancy." 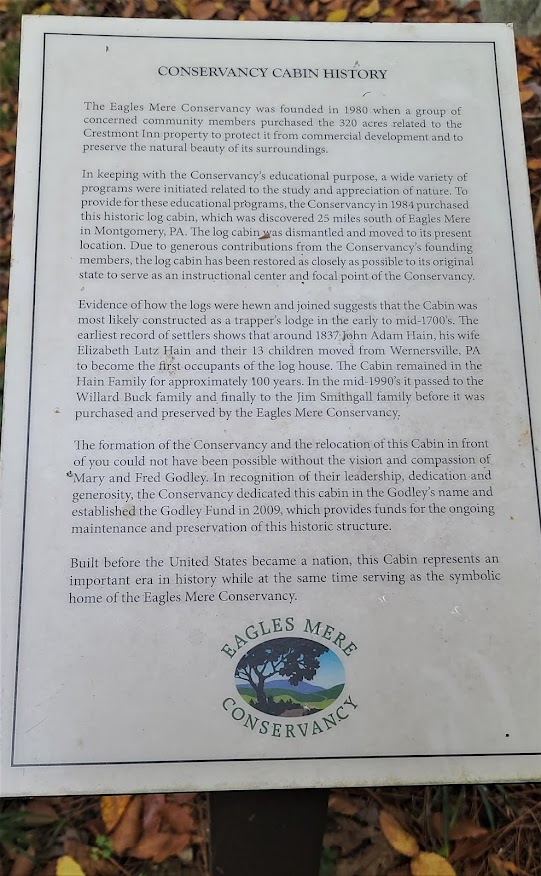 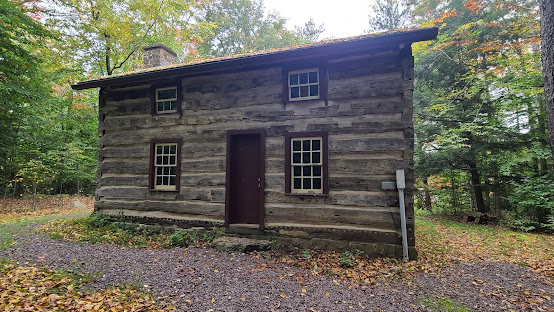 The back of the cabin.
I read, but have not confirmed, that the cabin was originally located  along Black Hole Creek, near Pinchtown Rd. 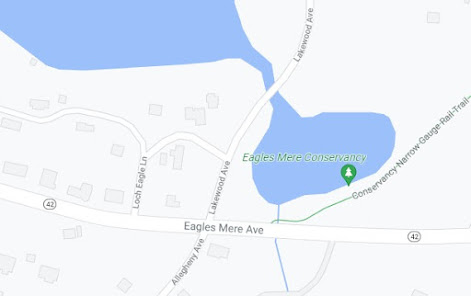 Location of the cabin today -
There are two parking areas right near the trail, along the pond. The cabin is just a very short walk back the trail, approximately where the green mark is on the map. 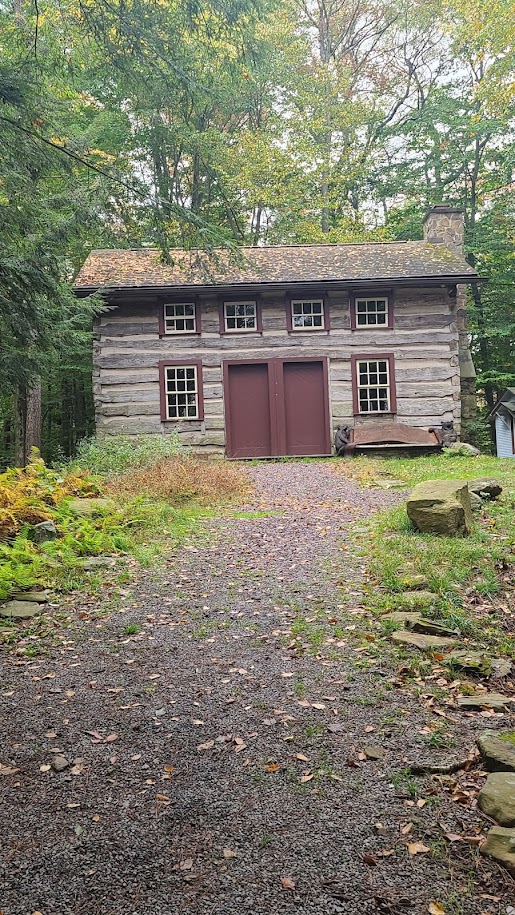 The cabin was scheduled for demolition when The Eagles Mere Conservancy purchased it.  It was dismantled log by log, and then reconstructed piece by piece at the new location.  Today it is used as a nature center, with many activities for children.
There's a great little "Wonder Path" off to the side of the cabin, off the main trail 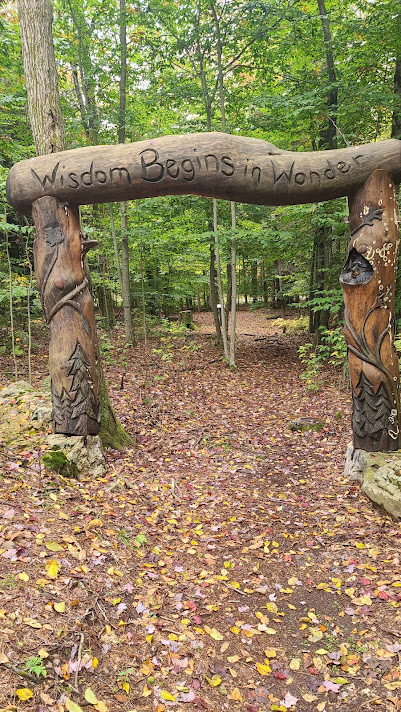 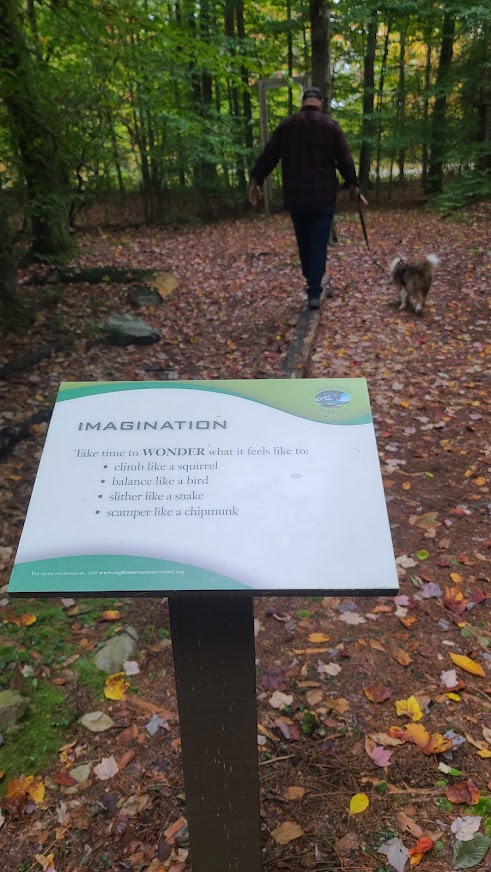 Posted by Heather Truckenmiller on October 10, 2021

Email ThisBlogThis!Share to TwitterShare to FacebookShare to Pinterest
Labels: Montgomery