The House By Spangler Motors - The Hilgert House

Frequently, someone will ask about the history of this beautiful old home.   Those who were fortunate enough to visit the home years ago remember beautiful woodwork and marble fireplaces. 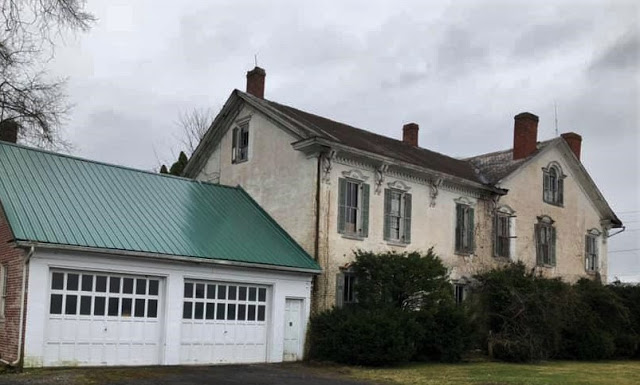 Whenever someone asks about this home, inevitably someone will mention that there was a murder here during a card game.  That did happen (sort of ), but not in this house. That happened in 1940 in the Chalfont home, just down the road.  You can read about that here:
https://susquehannavalley.blogspot.com/2020/04/murder-in-milton-chalfant-house.html 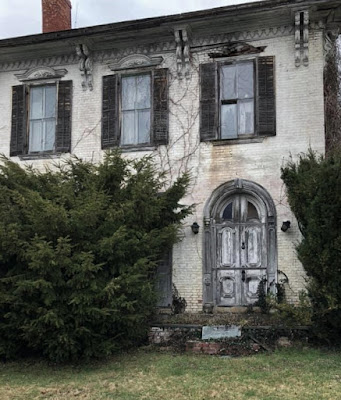 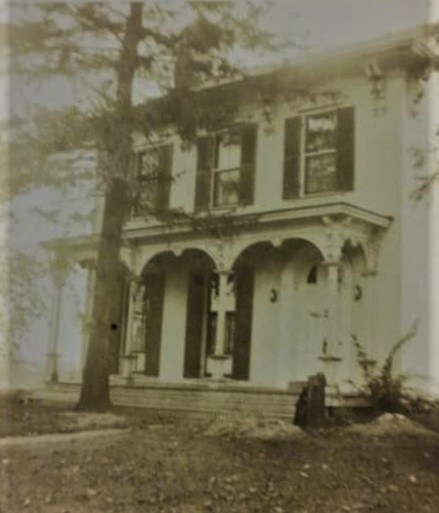 And here's a much older photo of the house, labeled "The Hilgert Home"

Philip Hilgert came from Upper Bethel Twp to Chilisquague Twp sometime between 1819 and 1850.  By 1850, he was listed in the census (spelled Hilliard)  with property valued at 12,000. By 1858, his property is shown on the map of Northumberland county as "the descendants of P. Hilgert" 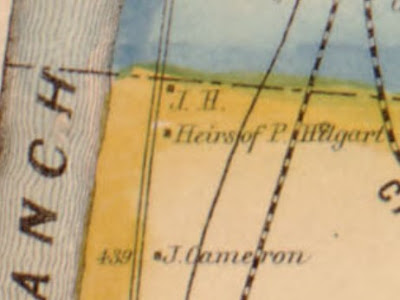 On the 1858 Northumberland County Map
The land is shown as belonging to  the Heirs Of P. Helgart

1932 - Owned By Mr & Mrs Charles Aungst.
In 1932, it was owned by Mr & Mrs Charles Aungst.  They may have owned it long before that, but the first mention I found was of them living there in 1932.  In 1936, their english bulldog lived there with them, and somehow contracted rabies.  The dog was kept in the house, and the Aungsts were puzzled as to how this was possible.  The garden club met at this home frequently.

When the property and land were purchased, the Aungst's felt the sewer treatment plant would considerably reduce the value of the home, and therefor insisted it be a package deal- they would have to buy the house if they wanted the land across the road.

The authority said they would sell the home as soon as possible.  There were 12 offers made, but the Stapleton family made the highest offer.

1956 Sold To Mr & Mrs Warren Stapleton
Warren Stapleton had recently returned to this area from Denver Colorado, after retiring from government service.His father, D.P. Stapleton, was the superintendent of Union County Schools in the late 1800s.  The garden club continued to occasionally meet here.

And more history from the central susquehanna valley, here:
https://susquehannavalley.blogspot.com/p/history.html

Posted by Heather Truckenmiller on April 30, 2020

Email ThisBlogThis!Share to TwitterShare to FacebookShare to Pinterest
Labels: Milton