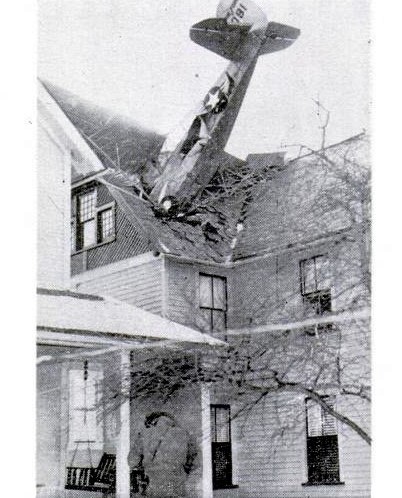 An Air Force Plane in the attic of the Nuss home on
West Water Street, Muncy Pa, in 1954

Mrs Nuss, of West Water street in Muncy was  making lunch for her two year son when 20 year old Ronald Neece descended the two flights of stairs from her attic. *

He had a few small lacerations on his head, but overall, he looked pretty good for someone who had just crashed a plane into the roof of her home.

Neece had been flying an Air Force Aeronca 116, on loan from the Air Force to the Civil Air Patrol. Although he had filled the planes tank before leaving, he was unable to refuel at Middletown, as the fuel there was for military use only.  His flight plan showed that his trip would be very close to the planes maximum range. 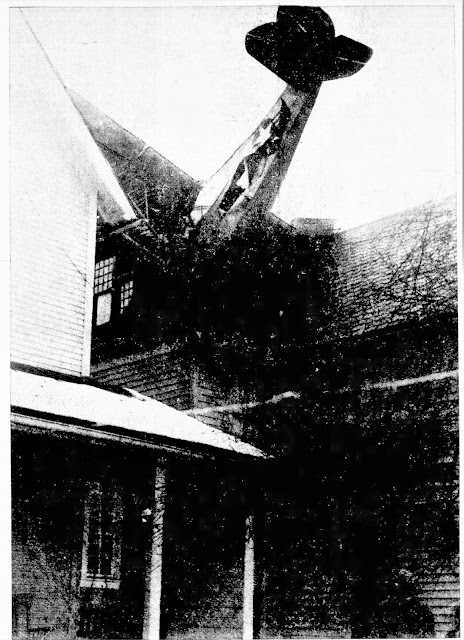 But on On January 7th 1954, the distance was a bit more than the planes range.  As he approached Montoursville, the engine conked out, and the fuel gauge read empty.

The plane swooped low over Gilberts Garage, before crashing into the  roof of  home next door.   It struck the angled house roof horizontally, splattering a chimney into brick chips that hurled into the neighboring Gulliver residence.  The propeller nosed through the roof with out a scratch, and stopped on the attic floor when the wings formed a brace.  It's left wing rested on the Gulliver home next door.

Mrs Nuss grabbed her son, and ran outside, fearing that the oil burner had exploded.

The pilot, 20 year old Ronald Neece of Montoursville, crawled from the plane, walked down the two flights of steps, where he was met by  Floyd Gilbert, one of the owners of the garage next door. .  Gilbert drove him to the hospital, in a brand new Chevrolet.  Neece required 32 stitches for a cut  in his head, but was otherwise unharmed.

The Nuss house was owned by Gilbert Brothers.  A spectator asked if the pilot was coming to purchase a new car

The house was repaired, and the family continued to live there for many years.  Today the home, which stood on West Water Street, is gone, a small parking lot and yard in it's place.

The plane was removed with a crane, and recovered by the Air Force.  It was reported to have remarkably little damage.

The story ran in newspapers nation wide, and a photo was published in Life Magazine.

In December of 1972, Ronald Neece was struck by a car in Montoursville.  He suffered a broken shoulder, but was in satisfactory condition the next day. 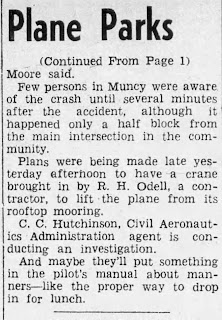 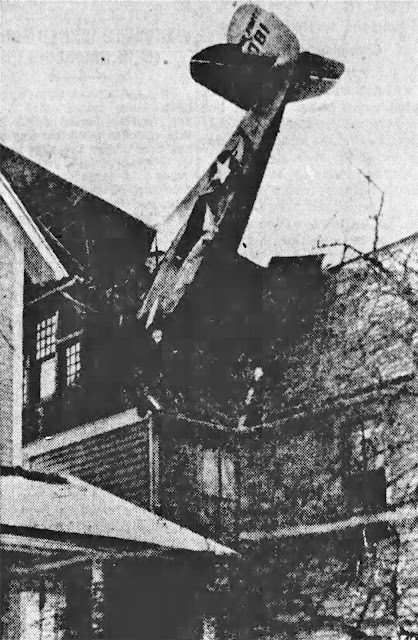 Posted by Heather Truckenmiller on July 13, 2020